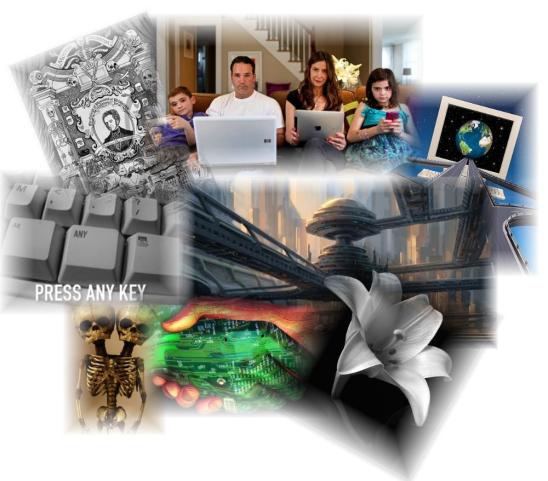 Okay, let’s face it…at one time or another, sometimes more than we want to admit we go through our day with blinders on. Often, it is because we are preoccupied, stressed or worried and other times…well, selfishly we just care about ourselves…after all, we’re only human. However, notice or not, life in general has been moving along faster than those age old snail paces I grew up hearing about, and I’ve started to wonder why no one else is noticing.

Sometimes the hurry up and wait of youth is understandable, and before you know it, school is done, jobs and marriage are on many horizons, as well as babies…rushing into children that complete the circle of life. As we age, we look back at the time we have had and lost, seeing it as no more than a sign of aging, along with graying hair, wrinkles and spots of age where we want them the least. However, it is more than that if we are honest…it isn’t just cherubic faces of babies now having families of their own that are moving at warp speed, it is the very world we live in.

I remember far too often, the times I have driven past a familiar spot seeing the landscape dramatically changed, saying…that sure went up over night! Well, no it didn’t, but my attentiveness to the changes behind my blinders was in a similar darkness. Stuck in the rut of my existence, comfortable with the norm, avoiding confrontation and trying to survive, I allow things to happen around me without so much of the blink of an eye, until like an infamous gorilla in the room, I can avoid them no more. So on that note, let’s talk about a certain celebrity this week who bared her soul…and everything else, again butting into our lives, leaving us to Mutter her assets belonged in a Museum.

When did gratuitous nudity, crime, violence and dysfunctional families for the sake of entertainment become a standard in the world where we live? Yes, I know it sounds like I am standing on a soap box, preaching to an opera that once couldn’t show a pregnant woman from the waist down! It isn’t that I am mourning the denigration of the young, or facing mortality with less than a gold star, I am simply stating the obvious and wondering why we keep on the blinders that let it continue? Frankly…it’s scaring the crap outta me!

It is inevitable with knowledge comes change, and on that horizon of change, comes a new way to learn, to understand and of course be amused. When movies and television grew up they brought thought provoking food for the soul, we went into court with Atticus Finch and felt humanity, we laughed with Ed Sullivan, learned from Mike Douglas and Phil Donahue, worried if Mike Wallace was in our office and walked carefree down a street of sesame, needing to figure out which one was not like the others, and it had nothing to do with racial or political equality. Then we evolved towards a ramped up exit…and yes, I mean a detour from the path of life, putting us onto the super highway of the Internet…and nothing has been the same since.

As a self taught computer geek, I love computers and the map of the Internet, so don’t get me wrong. Having the world at my fingers via laptop, tablet or phone can make anyone a Big Chief that gets it write every time. However, in always getting it right, there is no longer a need for trial and error, and our minds are allowed to hitchhike along the soft shoulder of this media hyped highway unwatched. If my dad was still alive he would shake his head at all that is within our grasp, especially since most of us have our thumbs stuck somewhere other than out for a ride.

The media events we now call the news, have nothing newsworthy to offer…I actually realized recently, that I had stopped watching our local newscasts almost five years ago…talk about a blinding moment! I hadn’t made a conscious decision, it just happened…everything I needed was on the Internet…in my face 24/7…whether I wanted it or not, bypassing the Ted Mack Amateur Hour of self praise reporters have all sunk to.

News now is shock valued entertainment. Television no longer relaxes or informs us, instead, it is a slick vehicle to show how stupid, uneducated, rich or overrated those around us may be, forcing us to acknowledge we don’t belong. We are schooled daily in how to commit crimes, have drugs mailed to our homes, steal from our neighbors and watch sexual exploits that should never even cross our minds…let alone walk into our home.

Networks that started as learning channels and stations valuing the arts and entertainment have become some of the worst. People that years ago would have been incarcerated for their actions, are now are getting overflowing bank accounts and status for such stupidity, immorality and overindulgence, and we keep up the ratings to insure there is more where that came from because we just don’t care.

Stores we once supported are gone because everything is bought on eBay or Amazon, coming through the mail anonymously. Relationships and education are selected through electronic catalogs of faces and courses (including sex should you want your mouse clicked), and if you are truly lucky, employment is also only a keystroke away from your pajamas and cup of coffee…no need to enter the real world at all!

We have truly taken a bucket seat back, lost our list of ambition and allowed the world to evolve into a spoiled child that has run amok without values or supervision. So I have to ask why…we certainly aren’t happier, and if anything, we are less educated and less driven to succeed. Humanity now suffers from envy and depression, which is woven through every bandwidth we allow, and satisfaction is only allocated to a buy it now on a website. For the sake of argument…why are we are content to live alone in our own little world of space?

I recently had a sweet young man stay with me who worked for the government. He is also running along that George Jetson fast track of tomorrow, wanting everything now, while having an inside track on what could make it happen. During recent violence in the Middle East, we watched CNN while a helicopter loaded refugee children under fire from a sniper. The reporter and cameraman inside were commenting on the situation between commercial breaks, as bullets rang out and the children screamed. I was horrified, but my friend rationalized it as just life.

After that moment I reached into my past, and heard the recorded words of Herbert Morrison (Google it!) as he watched the Hindenburg burn. The impact and imagery always hit me hard when it was brought up in my history classes, and it returned to me then equally as valid. I wonder now what life might have been like with the technological advancements we now have, along with the lack of good taste, morals and humanity which go hand in hand with them.

It isn’t a leap to see a convertible stopped on a Dallas street, while a shocked young woman in a pink suit covered in blood looks at her husband gasping for life. Suddenly, a reporter comes out of nowhere and shoves a microphone in her face, while others via for a once in a lifetime Selfie…Mrs. Kennedy…how does it feel to be covered with blood and brains? What are you feeling right now…are you wearing Chanel? This trip will forever change you won’t it?

Indeed, we have allowed a relentless need for dirty laundry to wash any innocence from our eyes. Once we had profiles in courage…but now, we are just guilty of needing profiles on Facebook, and no Walter…that isn’t the way it was…and it won’t ever be that way again.