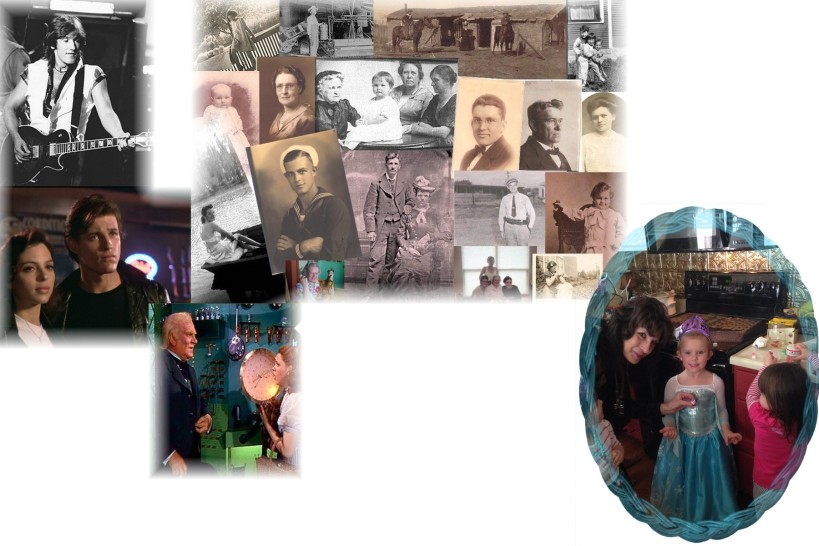 Life…trying to be the best we can, and with any luck getting recognition for what we are able to accomplish. However, many are caught up more in the drama of either loosing what they once had or never being known, than who they really are (to themselves that is) forgetting to live each day to the fullest.

The all knowing Wizard of Oz was no more than a lost man from a carnival, landing in the right place at the right time, eventually becoming larger than life. However, all he really had to fall back on was luck and illusion, which he unfortunately believed (until a small dog revealed the error of his ways, and as we all know it was “curtains” after that.) Yes, he got his moment of false glory…but then what? The chapter ended and so did he, because he worked too hard to keep what wasn’t real.

Likewise, years ago the actor Michael Paré, (can we say hunk!) starred in a low budget movie, with now cult status, that had lukewarm acting, but a blockbuster soundtrack. Clicking my playlist for Eddie and the Cruisers I still get Goosebumps. I see Eddie’s muscular arms, tightly ensconced in a black t-shirt, and his hair across boyish eyes, which caused more than a few midnight fantasies. The scream of the sax, the rip of the guitar and I am there! However, that is illusion at its best, because the band was John Cafferty & the Beaver Brown Band, and they look nothing like Eddie, the God of Rock, who will forever be seen in those lyrics. They did all the work, had the talent and made the soundtrack memorable…but who remembers or even knew them? There wasn’t a curtain to pull, or a Tinman and little dog to demand a reveal for Michael Paré, so forever, like many others, he will be known best for something he didn’t and couldn’t do.

Aside from the fact that the Coyote was Ugly, the biggest hit of Leann Rimes career, will always be associated with a young Piper Perabo, dancing on a bar being sprayed with beer in nothing short of a love story and wet t-shirt contest. Granted $$$ royalties were paid to Leanne, but when everything is all said and done, when someone says Can’t Fight the Moonlight, the first thought won’t be her blond hair and soft face. No different than Flashdance…when every young female over the age of 10 wanted a torn sweatshirt, ugly dog and welder’s torch, and a moment to dance! So of course we think of the real dancer, Marine Jahan…umm no…we think of the beautiful and innocent eyed Jennifer Beals, pounding the stage and our hearts, to a rock beat that was the soundtrack of the 80’s. Again, right place, right time and oh yeah..right now!

When you think about it, for every “Working Girl” named Tess, there is a Millie Vanilli looking at the spot where a Grammy should be. So is it true that having the experience is 90% of the accomplishment? What is that 10% of silent fame? Heck, you got the prize,  you just won’t have an audience to eventually disappoint, when you no longer have that elusive 15 minutes of favorite flavor and  become mortal.

The use of actors and actresses and body or voice doubles is nothing new, some of the most memorable moments in entertainment have been done by those never getting the credit they deserve. However, the irony of Eddie and the Cruisers is the entire premise of the film, is a man running from his ability, fame and talent, only to find in the end that he returns where he belongs, truly facing the music. That is after all, the illusion of life and our dreams, no matter how far we go, how hard we try to change, we are just a basic one soul intended for this one world, and in the end it can only be hoped we achieve what we were intended to, despite any perceived glass walls or body doubles taking our ideas, stepping in and replacing us in situations we earned a place in, and taken credit for ideas and dreams that they will never know themselves.

It makes you wonder, which is more difficult to deal with once that music ends, and we all find ourselves home without ruby slippers. Would we really rather have the acclaim for what wasn’t ours, living with the emotional disappointment of knowing we were not who people thought us to be…just wishing we could reach the stars so many thought we shined? I have been frustrated and sidelined in life and business, seeing many personal “what could have beens,” knowing I did have the right stuff, just never the chance…and I wince, remembering it taken from me for another’s pat on the back. However, at night when I close out the day, turn the page and reflect on what I have done, I am left with the satisfaction knowing what is right, who I am and what makes me that person. It is almost a prayer, letting me shut my eyes in peace and sleep.

So is it is better to have tried, and accepted what you got, than to have never tried at all? Well, Mr. Shakespeare I have to say yes, and even if no one asked for your autograph or recognized you in praise, the drive, desire and knowledge will forever be yours. After all, who else matters at the end of this life? Our character and what takes us into each day is the one thing that we ever really own, and it can never be faked by someone else….even if they might get an award for it.