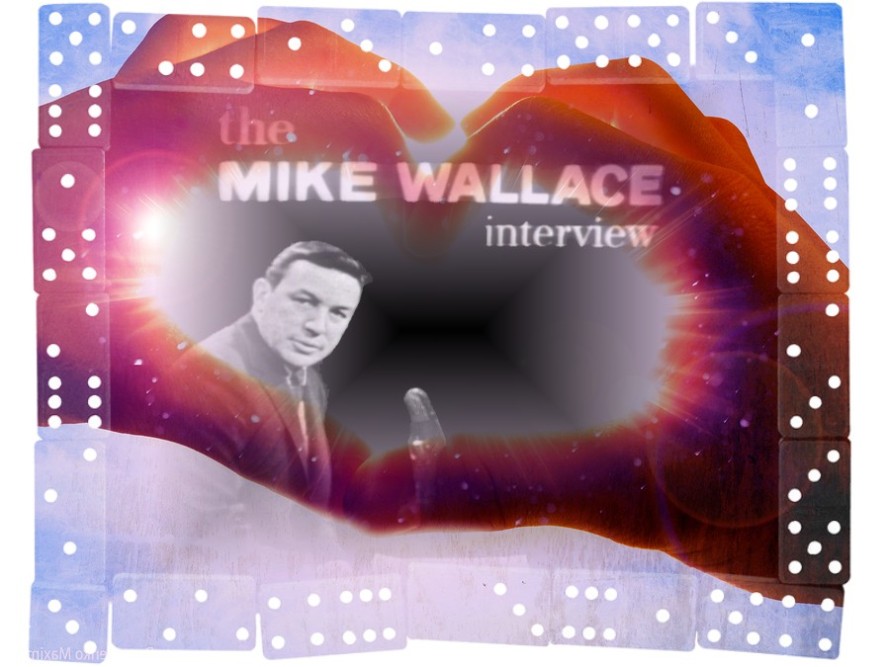 I can think of very few sentences my generation would hear that could cause more fear in their business and professional hearts more than those seven little words.  You see, for those of us who grew up having to explain ourselves, having morals and a compass that pointed in the right direction, 60 minutes of reflection had to be above board, and for the good of everyone we met.  Sure, there are news shows now that run around with hidden cameras trying to catch everything from cheating spouses to sexual offenders, but they just don’t have the right stuff – ask Mikey, he’ll do it.

But he was just a man – why did he matter?

It wasn’t who Mike Wallace was, it was what he was and what he brought to the table – Sunday dinner time usually.  He reminded us of the courage to stand up for what was right, to listen and ask the honest questions and most of all to try and right the wrong  when it was standing in front of us.  I guess in many ways, he was the conscience most people forgot they had, regardless if he did it from the make believe world of TV – he did it honestly.

Life doesn’t come with the option of re-runs, we don’t get to run back and unring the bell or blow out the fire after the house has been consumed.  We have to live each moment in the real time zone and not the twilight zone, where we blame all our faults and short comings.  I’m truly hard pressed to understand when human nature started to molt, and its conscience slowly faded to extinction.  I’m sure Mike would know, but it’s too late to ask him now.

Wouldn’t it be a wonderful thing if we all just took 60 minutes or better yet 60 seconds, to look at what is on the plate in front of us?  Our relationships to loved ones, marriage, employment, and most of all ourselves, and do the right thing.  Live up to the promises you made, accept who you are and not a fantasy of who you might be, that leaves everyone damaged in the wake of your selfish failures and always reach out to those you can help or share something with.  It can’t be that difficult even for the most selfish of us out there – after all, it is just giving what you want in return isn’t it?  Like Mike would say, there is no such thing as a free lunch, you gotta give to get.

There was another show before 60 minutes that explored the aftermath of your actions; it was called “This is your life.”  And, although it was more of scrapbook of love moment, it nevertheless was one where the person had to stand back and see what their life had accomplished.  I think I would prefer that version in this life, so I have the time to change a few things I can, before I leave life and have to face the real book of my life, with only excuses as to why things happened.

God Bless you Mike Wallace, I know when you made it to heaven and they announced you were at the door, for once it flew wide open and a voice said, “Come on in Mike, glad to see you.”