My father was a policeman, but more than a title, he was a real man.  We had simple discipline, there was a right and a wrong, BUT above all there was respect.  I think the hardest moments in my growing up years and as a young adult, were those when I looked into dad’s eyes and knew I had hurt or disappointed him.   I know he felt and demonstrated the same towards all of us.  I heard the bible had a small bit about honor, covet, steal, murder or lie too, but maybe that was just the Cliff Notes version.  There is no need for threats, violence, belts, hot sauce and room confinement, when parent and child are bonded with such values.  “I am sorry,” means something and “I love you,” seals the understanding of having done wrong, learn from it, and been forgiven, allowing time to heal and move past it.   I look at the recent Casey Anthony trial and know she never knew such a loving and caring life, even though she too had a father in law enforcement.  Casey was obviously raised in an unchecked environment with more than a little nutty behavior.

When I think of punishment for breaking a law I think of peanuts, my father and an ashtray.  My niece was five and I was seven,  we had returned home from the weekly grocery store trip with my mother.   Sitting  in the living room she broke the shell on a peanut to eat.  The crack of that shell might as well have been the 3000 hit heard around the world this past week by Derek Jeter.  My father turned looking at us with eyes I knew could see the truth.  You see in those days soda, candy, store bought cookies, etc were treats, and not found in well stocked cabinets throughout the house like they are now.  So that small handful of peanuts stood out like a mustache on the Mona Lisa.

My niece was wearing a dark plaid dress with a separate bib front.  There were two gold buttons at each of the four sides holding it in place and thusly giving her a delightful faux kangaroo pouch.  Said pouch, was now filled with stolen peanuts from the grocery store and one was being enjoyed as a snack.  My father motioned her over and unbuttoned the bib front and watched the cascade of purloined peanuts fall onto the coffee table.  Her tears began to fall just as fast, because even at five she now knew it was wrong.  Did my father yell?  Did he slap her across the face or spank her?  Did he send her to her room with out food for days?  No, he did what was right and ruled from the values he gave us.  Looking directly at us both, he said in a firm level tone “You stole these didn’t you?” She nodded, tears falling down her cheeks.  Dad took them and over his ashtray crushed each peanut, into a dust that could have been the predecessor for dehydrated peanut butter if we had only known.

An ashtray of destroyed peanuts sat between my father, two little girls and the rest of our lives.  Dad wiped off his hands and cleared his throat.  “What you did was wrong.  You stole these and good girls don’t do that.”  We then sat on the couch for what seemed like days, before we were allowed to get ready for bed.  After offering a tearful “I am sorry,” dad kissed us good night.  My niece took my hand and we went to bed.  I wasn’t involved directly, but the lesson was for me as well, and heck if I remember it this clear at 51 the lesson worked!

Did she and I walk the straight and narrow all of our lives after that? No, we made stupid mistakes, said things we shouldn’t have and looking back would love to have rewritten more than a few youthful lapses in judgment.  But when it came to the important things in life, we raised our respective daughters the right way.  They knew they could come to us with anything, because between the values and the love, it would be worked out.  That is how a family works.

It is sadly apparent and will be the epitaph for a big eyed little girl that she was born into a family of unvalued nuts that didn’t have an ashtray.  I do believe Caylee died as the result of an accident. The intent sadly, was how life in the Anthony home obviously was lived.  There was no recourse when Casey told lies, stole and eventually became pregnant, never treated like a mature adult. It appears the night she was finally brought to the woodshed as my father would say, to face claims she had taken cash from her grandfather’s nursing home account she snapped.  We won’t know the truth in this lifetime about what happened, but the result was a beautiful child died, accidentally I am sure.  However, having never had to account for her actions, a web of deceit was set in motion, which hurt more people than we will ever realize and earthly justice will never be served.

There are evil entities that walk this earth, they kill without a thought  satisfying a primal urge.  Most of them are caught; they go to jail, repeat the offense and some end up dead.  God has a checks and balance system we can not see and are not meant to understand.  However, when solid values are missing or they snap, animals, people and children disappear into clouds and webs of lies.  The guilty who once loved or had befriended the victim,  are unable to face the obvious moral judgment they have never had, so bodies are hidden, cases go cold and life goes on.  Take a look at tabloid screaming cases of missing adults, children and death, when the case is finally solved, sadly, the victim usually knew their killer either casually or lovingly.

Somewhere out there is the phrase, ‘An elephant never forgets.” And it has been proven true in nature.  For me however, it is peanuts that never forget, and that commandment wasn’t written in stone, it was written on my soul – thank you dad. 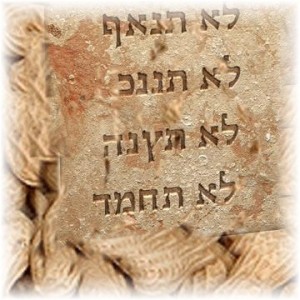