My job as a child on grocery day was to hold the “adder “This was a wondrous 6 inch case with turning wheels that looked like clocks.  I took the metal stick and “dialed” prices of each item, advancing it to a total.  Life in those days was as simple as that little machine.  We took in information and tallied it up between our own little gears getting the right answer.

Obviously, we had to evolve and grow, and memories from the heart of a child fade into reality and adulthood.  Evolution in junior high for me was an “electric” typewriter with keys dancing across carbon paper, like the June Taylor Dancers.  In time the “adder” also changed, it became a huge powerful hand cranked adding machine and eventually was a plastic Texas Instrument blue light LED desktop calculator, with a keyboard of flat plastic indentations.  Soon, computers were beginning to show up and although they resembled the Forbin Project, they still were amazing at what they could accomplish along with Mag Card processors and telex machines, leaving confetti trails in their wake.

Then, paper communication started down the path of  obsolete, with the arrival of the fax machine.  I could magically send facts, drawings and comments to someone anywhere, in a matter of seconds.   I thought mom would like to communicate this way to my sisters. Yes, she wrote a long letter, but then called me dismayed, because she didn’t know where to stick the note in the phone receiver.  I bought her a fax machine of her own after that memorable memory.  As time progressed I sometimes forgot, she was only 7 when the ballpoint pen was given a patent and really what she had seen evolve her life.  When she passed away this year at age 90, and pretty tech savvy I might add, she could delete with the best of us, no eraser necessary.

So as I watch the ongoing “Trial of the Century” in Florida this 4th of July, I pray justice will be done for the lost little girl.  However, I have to question the essence of our justice, because everything on the planet we once took for granted and accepted, has evolved in ways we never envisioned.  My father walked a police beat and later became police chief behind a wooden desk, with a phone that had two modern blinking line buttons.  What would he think now about mass spectrometry, hard drives the size of a cigarette pack holding the equivalent of a public library and 24 hour information at your fingertips?  The peers in our lives are behind 1984 styled dystopia touch screen technology, leaving face to face communication at a minimum.  No one knows what really goes on behind closed doors in a family since The Honeymooners and Ozzie and Harriet moved away and The Osbournes were cancelled. Being judged by a jury of your peers is frighteningly antiquated.  Who are our peers?  Do we even have peers?

This trial will come to a verdict, turning into many book versions, movies, and sadly a video game, which peers of the accused will purchase.  They will ironically judge those media offerings just as they did her, for quality and value.  Unlike Lizzy Borden who is forever a historical blood soaked criminal splatter of her own circumstances, which carbon copied the values of those who passed judgment as her peers.  Today, individuality and advances in technology have replaced such class and stepford status, the latter  sitting behind track homes in matching subdivisions waiting for a Schwan’s delivery before bridge.

Like it or not, our justice system is Captain Kirk’s last frontier ripe for inevitable evolution and the prospects are as bone chilling as a Klingon invasion.  Society offers us no real peers who can judge the political and moral correctness of our actions.  How can future law truly be enforced short of a penal colony and Snake Plissken? As long as I walk the straight and narrow I hope I never have to face that question, let alone the individuals who might pass voir dire at my trial.  The sweet homemaker with a college degree, three wonderful children and a visual appearance of a sweet 1964 Leslie Ann Warren Cinderella, transforms from the other side of her computer screen profile, into the actual over weight, heavy machine operator named Bruce, who drinks beer like water, killed his cat, lives alone in a Detroit basement apartment and believes most people are beneath his level of intelligence, which stopped when he dropped out of junior high at age 13.  But then again, as we approach the point were everything is technically done for us, so might there evolve a judicial button to push, allowing verdict and sentence to be delivered in a nanosecond.   Joe Friday who carries a badge, won’t even have time to ask for the just the facts ma’am.

So remind me and John Lennon again about the fax of evolution, justice and how we once watched the innocent wheels turn, while I tuck myself in with the evolution of our society and literature, with the New York Times best seller offering of Go the Fuck To Sleep. 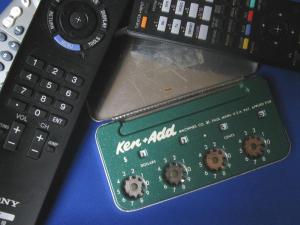