We all have a life to live…some of us however; express it more publicly than others, and if you read that sentence, and saw the blue and white logo for Facebook, which is somehow automatically programmed to click into your subconscious, then I am not surprised. In fact, most people under the age of 60 seem to have developed this lemming style of adaptation for communication. The more important question at hand or cursor, however, is do you imagine more than you adapt?

I remember hearing the phrase Throw it on a wall and if it sticks… as it pertained to facts in question. A simple tried and true visual of a brick wall, with something adhered or sliding down ever so embarrassingly to prove a point, meaning, if it was truthful and solid it would stick, and everything else…well, you get the idea. Facebook decided to challenge that adage, allowing us to Photoshop pictures; erroneously attribute quotes, facts and obituaries, while also recreating our identity, some using that of another. Yeah, in a nutshell, nothing sticks anymore…it just sucks.

Sitting behind computer screens people live vicariously through others and their own virtually wrong realities without pride or prejudice. Of course no one is supposed to get hurt in this ego driven depressive facade, even if it does spread only on pixilated walls.  However, just like real bricks, inevitably something will remain behind…true or not. There is another quote for this mis-communicated information, ironically one that gained notoriety on the same super information highway…it has to be true, I saw it on the Internet!

Life as we all once lived has changed, just as the stories we post and read, which of course, are always true. People that sit alone day after day, in silence and often in depression or worse, reflect their status through dancing cat videos or biblical quotes, hoping to stand out from the rest and be liked or shared. They also discuss great menus and recipes for the day, usually while looking at the real peanut butter and jelly awaiting them. Friends and relatives are lead to believe they enjoy happiness and excitement, leaving everyone numb, all tucked into the biggest pile of crap since the circus left town. When does it stop?

Catfishing has become not just a new form of dating alert, but a true explanation of society, which has nothing to do with water…except for staying afloat in a sea of misrepresented information and emotion, and who you can hook first. When did people stop being real? When did it become the norm to post pictures and comments, that couldn’t be further from the truth? That being said, Throwback Thursdays and Time Travel Tuesday, the latest plastered offerings on this great wall of Babel where people live and never talk, actually have managed to escape the sly rule of deception. I guess looking back at where you have been, a dream that did come true, or a time life was enjoyed still has merit, more than I can say about the reality people refuse to accept.

If you are into Snapchat or Instagram, Reedit or Tumblr, the practice is just the same, be photographed, have a video or type in a thought (composed or stolen)…look at me and who I am not, or even worse, see all the people who love me…when in reality they could care less, if not outright dislike you. Be warned though, if you are one of the honest type sitters out there who actually posts in real-time/real-life, you will eventually be ignored, or receive comments not what you had hoped to see. Trust me you will find no social in any of this media!

In time like many before you, disenchanted, you will find yourself less and less at the electronic wall and more against one, until you just walk away…because no one is interested in what they already have at home. Come on, what’s entertaining, sexy and envious about that? Party lines used to be the way we learned a little shady gossip or offered a peek into another life, and later we ended up at parties long after dark, enjoying far too many real peeks, but then the party moved into cyberspace, and now it doesn’t matter who knows the truth…just be seen and never heard.

Maybe it is simply old age, but I liked be seen and listened to, I liked having real friends and family that kept in touch, sent a letter, called on the phone or stopped by. I can remember bridge mix in a bowl and the Jewel Tea truck pulling up to the curb, and I miss all of it. I liked getting together at school or work over too many sweets, family dinners and holidays when someone was getting pissed off, quoted wrong and always laughing at nothing important. Seems to me we have progressed right into dark caves, not unlike ones our ancestors were suppose to have come out of…but then again, correct me if I’m wrong they were writing on a wall too… 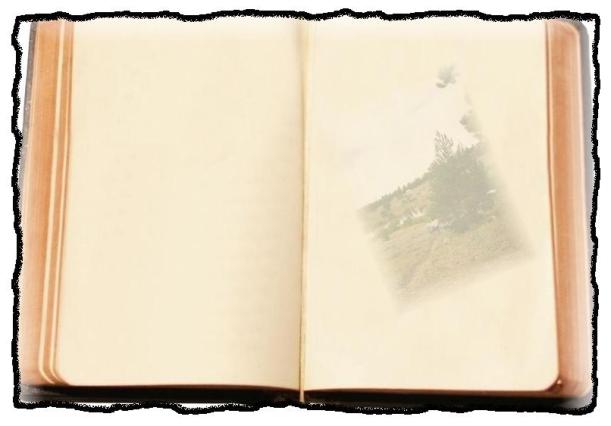 Parents have forever brought a ledger of rules and regulations, explanations and requirements to the table. I have no idea where they come from, just that one day you have a child in your life and a few seconds later they appear, and in time, with enough experience and knowledge they will be passed down to another generation.  Now don’t get me wrong, these aren’t bound in leather or illustrated books of lore. Instead, they are mentally scripted experiences, all permanently ingrained…like the time you took a nail to the wooden coffee table in the living room as a child, to well…make your mark.

Just like that visible mark you once needed to make in life, these parental commandments are the directives of supervision and wisdom, which mark a good parent…and they need to be followed by those small citizens born unto them. If you are an old school parent like me, I think it is safe to say the majority of them start or end with what is right or what is not right.  That being said, it has taken me over fifty years to admit in complete Bill W honesty, that along with those rules,  I also always needed to be write…and hoped my daughters would as well.  I also believe it proves that I took those childhood commandments to heart…never needing to be reminded of explicit rules, allowing me instead, to journey unwatched into the world with my map and moral compass.

In a time when libraries and card catalogs, decimal indexing and reference rooms mapped my time, I always felt safe and at home, in a simple but novel silence sitting at many a wooden study table. There was a certain air…aside from the sounds of silence, giving me purpose and letting my dreams and imagination come to life. The journeys I took might have worried my parents if they had known, but I was safe…just a page to the end, until my curiosity became sated and peaked, passed between volumes, like so many bowls of hot mashed potatoes at our kitchen table. To have such a freedom is to indeed live the write way, because by enriching my mind and who I would someday  become, as well as meeting characters otherwise unknown, I had a lifetime that would have otherwise been missed.

Also evident along the roads I refused to leave untaken, was that my own one-day book of adult wisdom was coming together at the seams, and I was preparing others for what I wanted them to experience. I think of that now, remembering my daughters when they tested my patience, asking why we needed rules, and I had simply smiled, saying because no matter what the situation, you should always be write. There is no greater badge of courage than having earned one, which has been read.

The world has changed so much since I acquired my books of knowledge, shelved in the library of my soul and indexed by experience…ones I still revisit each day I breathe. However, now there are Kindles to start fires of conversation, and Nooks without crannies, all discovering dark hidden places where adventure could be squirreled away. Yes, they may be unconventional to my old fashioned way of thinking, but they do nevertheless set a similar table, one which feeds the mind and eventually explains not only crime and punishment, but the sad paradise lost if you refuse to see what is write and necessary in life.

Penmanship and grammar have also all but gone the way of the two dollar bill as we set before spell checking keyboards, which embarrassingly auto-correct us into oblivion. However, it is only when we take a moment remembering we are write, taking time to recognize our journey, before auto correct sets us out to dry, that we have a chance to recapture what is still before us. So, instead of automatically heading to the HTML library of Google the next time you need to feed your mind, start your own engine and truly be right for a change. Open real pages and see the words waiting to paint the pixels of your mind.  Continue on from there, and add the silent music to your ears and before you leave, know you found a world where all was within your grasp…indeed, write before you. Make it your mission today, to  become the author of your destiny and create a memorable plot twist,  one nobody saw coming and then offer the same to another open mind…trust me you won’t be breaking any rules, but you might just bookmark something wonderful.