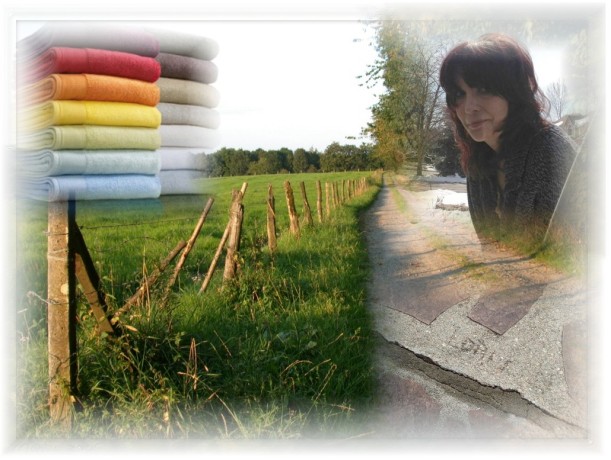 I bought new towels!   Now that isn’t really something deserving of a comment, much less an award…however, in many ways it was a confirmation of my life, and emotionally where I am currently seated, and no…before you say it…I am not all washed up

Many times in my life, certain inanimate objects have come into focus, almost representative of my life and the direction it is taking.  Towels appear to have such symbolism, although I have no idea why…personally, I would have selected Sean Connery if I had been asked.

When I was getting married at the ripe and stupid age of nineteen, I had a shower…not a bath don’t get ahead of me.  My mother-in-law wanted to set up a registry, and asked what color towels I wanted.  Seriously…at nineteen who thinks of towels?  Anyway, I remember thinking of the first two colors that came into my head, green and orange…OMG why?  So of course, we painted the bathroom a light green, and I got towels…towels, I might add, which lasted longer than the marriage.  Either that was some great Terry Cloth and JC Penney should be proud, or they weren’t used much…even if I was, but those are details I won’t blog you with.

Years later, when I had literally thrown in the towel and started life again, this time on my own, I bought bath sheets. For those who don’t know, they are expensive, oversized and thick terry cloth towels, that everyday towels look at with wash cloth envy.  I also bought them in black, something I had always wanted, and saw them a confirmation if my new life.   Yes, life was good, money was good, job was hard, but for once, everything was in the black.

A few years later, my mother called me very upset, she and dad had gone to the mall to get me a birthday gift and he got lost.  She had waited in their truck, and after too much time had passed, a man came out to find her, saying Dad was extremely disoriented, and sitting in the open area of the mall. After they were home, I went to see him, and he didn’t remember what had happened, just that he needed to buy me towels…seriously?  The incident as I look back was when he began his final journey of age, and I would eventually stop working to be there when they needed me.  However, I did have beautiful white and yellow towels in my bathroom that I never knew I needed, but he HAD to buy for me.  They were almost like a ray of sunshine breaking through white clouds next to the black ones I loved.  Even though I missed the symbolism, they were reminding me of the good in my life, as I journeyed through many years of darkness and emotional pain.

After my somewhat recent divorce, I abruptly cleared out my stained, bleached, hair dyed and faded black towels, (one green one was still valiantly hanging on some 33 years later!) and bought new ones.  The day I hung them up and looked at how they were on the shelves, there wasn’t a mismatched one in the lot and I felt the same way.  For the first time in my life, I was in control and order of my life, I was accountable to nobody else, and well…it felt good.  Indeed, my emotions may have been rung out, and left to dry more than a few times, but I finally found my place, absorbing the world and people around me.

As I look at those new moss green towels – I know green…who knew? I think of all the times in life when something is spilled, a woman goes into unexpected labor, an animal is hurt or a baby is splashing in water deliriously happy, and what is it we say?  Get me a Towel! I don’t believe it is just a coincidence, there truly is something behind the power of the Terry Cloth that makes a situation better, or at least memorable for the person in control.  I guess for now, however, it will remain one of those questions that God and I discuss someday, after JFK, Jimmy Hoffa, Area 51 and Dodo Birds.

I’m not sure what the next turn in my life will be, however, I am almost certain that before the final curtain, there will be a towel somewhere, and I will probably need it, to again absorb something important.  Regardless, it’s a sign I have grown comfortable seeing, and have truly learned that life isn’t always a beach, even if you do have a great towel.

Ownership can be a wonderful thing.  There is a first key, first car, first house and even a first that we don’t own but are part of, like jobs and relationships.  Heck, even that first pet is right up there on the top of the leader board.  When we truly have ownership in something it has a value fare more than anything monetary… it makes us feel WE have value.

Today, in the world of business, everyone is “owning it” simply put – take responsibility. I guess even Mr. McKay and his Sharks had to admit that it was time to change the water…even if the philosophy never changes.  Step up to the plate, make it yours, take ownership, be a responsible, face the consequences…you know the drill.

It is funny, because I hear the phrase all the time, and yet when it really matters in life I see it ignored as just part of the evolution of life.  What do I mean you ask?  Well, where do you live or where did you live?

If you were like me, a child of an era no more, you grew up in the family house, that was just called “home” …you know, like the one Dorothy wanted to get back to so badly … “there’s no place like…”  Later I married, and where I lived was called the kids house according to my parents, more often than not.  When we did have children, it was still the kid’s house, but my own daughters, for a short time…. called it home.

Then we all got divorced.

I remember the first few times I heard the expression Mom’s House and Dad’s House from my daughters, but emotionally damaged myself, it didn’t sink in enough.  I can’t remember now the times that they just said home or our house and that make me sad. Now, I again sit on yet another evolution of separation – yeah there is anxiety involved believe me – you go this way and I will go that way kind of thing.

Children anymore actually refer to the places they live as mom’s house or dad’s house almost exclusively, including the ones who aren’t coming from a broken home.  I listened as kids talked around me one day, and realized how they gravitate towards one parent more than the other and take ownership! It is almost that any port in a storm kind of feeling, be safe, pick a moving buddy, go to higher ground – well you get it.

I guess security is one of those things no one owns anymore – are any of us ever really secure? Even at my age, living alone, I refer to my residence as “the house”’ – a shell where I live and very little else most days.  I guess that is because home for me was an aging place with forsythias growing in front, a sagging porch roof and a bedroom window that faced west, letting me hear the trains at night.  I was secure then, even if the front door was unlocked most of the time.

Owning something that you can’t quantify is hard to explain to a generation of tangible wealth, but the best explanation comes from the heart.  You know when you are there, you are welcome, loved and wanted, and the best way to describe it is home… and it doesn’t belong to any one person, it is instead a shared understanding, that if the door closes a window opens and there is always room at the table for one more.