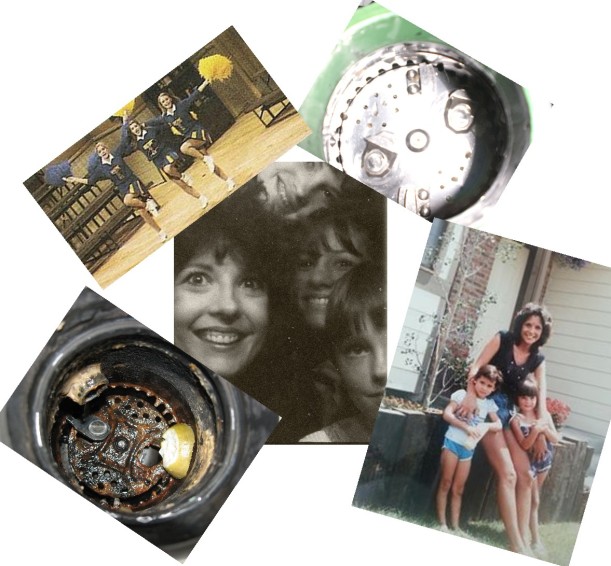 Years ago I worked for Home Box Office in its infancy of roof antennas and 6-by-6 program booklets.  A wonderful live production was presented in 1981 called Vanities, in a monthly standing room only event.  The show featured popular Hollywood actresses in 3 acts, starting 1963 in high school, the day Kennedy was shot, through college and then adulthood in 1974.  Those lives were almost a standing selection for women – the one who did what everyone thought was right, the wild child lost inside and one hiding her life through sports, activities and friendship – which even though never explained, we still see the demons in her soul. It was a simple time – both for HBO and the girls.

In the last act the wild child talks about her erotic art gallery, and how she had recently sold a neon erection for thousands of dollars.   The “good” girl who is miserable and lost to a life of purity is shocked something like that would be on display.  She blurts out:  “But what about the children?”  She receives an icy response of, “Not everyone HAS children.”  I’m not sure why this always stayed with me, popping into my head at the oddest times, but it has.  I suppose because of the optional three stages of life served at the buffet we live, because choosing what we want sometimes isn’t as satisfying as we hoped it would be.

Recently my neighbors had a visit from the $parking home equity fairy, and invited me to see their newly remodeled kitchen and backyard.  I could tell they assumed I wished I had the same, me the poor old lady living alone in a dated house.  The counters were sleek and polished, not a single ding or knife cut due to forgotten cutting board, and the garbage disposal hummed in almost saintly white noise.  Smiling as I thought of my disposal, knowing it could be heard from the driveway like a tank on maneuvers. I also thought of Vanities, not because my neighbors were showing off a bit more than usual, but because of the silence behind their garbage.

You see my neighbors never had children, and although mine are grown, my house and everything connected to it still reflects them.  I thought again about my disposal, which at one time or another has fought bottle caps, coins, goldfish gravel, metal twist ties and of course spoons, which inevitably made their unsuspecting way to cereal bowls and painfully into mouths. Frankly, I can’t remember it ever having that blissful white humming, it’s always been loud and growling, competing to be heard above all the other noise life brought to our table.

We are all so quick to fall into our patterns of life, and even quicker to judge those who walk outside out the lines, either with pity or disgust certain others don’t know what they are missing.  But are they really missing anything?  The old adage of walking a mile in different shoes may have a point, albeit a heel in this case, but very few of us want to see past the closet we leave our shoes in, maybe because it is safe, and for the most part comfortable.  I wondered about the garbage next door, how much goes into the trash and how much is just accepted amid new and shiny appliances, all of which will never know fingerprints of peanut butter, marking pen messages or broken crisper drawers not pushed in all the way.  At my house those are memories that keep the chill from my heart, while putting the garbage of life in perspective.

Sure there were times I might have done things differently, held my briefcase a little longer, bought Chanel #5 instead of extra school supplies or room mother goodies – but in the end it wouldn’t have changed who I was inside – just who was around me.  There might only be three real slots we fit into in life, but it is how we understand them that is far more important than how we accept them.  My neighbors appear very happy in their immaculate world of white noise, representing the upper middle class with possessions, bills and prestige, so for that alone I accept them.  For me however, I will always have dust here and there, drawings on fridge doors and cereal boxes half opened, usually missing prizes or marshmallows, which I accept  along with all that goes with it, because when my heart beats to the the life I have lived it is the only noise I want to hear.  Ironically, Vanities opens to the song “Set me Free”  – subliminal maybe, but then again something I never felt the need to cheer.